Keelung is situated in the northern part of Taiwan with Keelung Islet and Hoping Island as its natural defense and the harbor faces the Pacific Ocean. Keelung is the largest natural port in northern Taiwan with the harbor area reaches deep into downtown, a rare case among all the harbor cities. As a result, the development of Keelung Harbor is closely related to the business development and scenery of the city.

The city is surrounded by mountains with the exception of the harbor reach of Keelung harbor, which is a wind gap.

Keelung City is divided into seven districts, which are Zhongzheng District, Xinyi District, Ren-ai District, Zhongshan District, Anle District, Nuannuan District and Qidu District. Among the seven districts, Qidu District accounts for 42.38% of the city and is considered the largest district while Ren-ai District is the smallest one. The city also has 7 islets, including Hoping Island, Zhongshan Islet, Tongpan Islet, Keelung Islet,Pengjia Islet, Mianhua Islet and Huaping Islet. Each district and islet has its unique natural landscape and culture.

According to statistics calculated in late November 2015, Keelung City has a population of 372,355 people, and 9,136 (2.4%) of these residents are aborigines. Excluding tribal areas, Keelung City’s 2.4% ratio of aboriginal residents is quite high when compared to other areas in Taiwan. Furthermore, Keelung City enjoys Taiwan’s highest ratio of new immigrants. This group is on the verge of exceeding 10,000, as there currently are 9,969 new immigrants, accounting for 2.68% of the city’s population.

Looking back into the past, Spain, Holland, and Japan occupied or ruled over Taiwan for different periods of time. Not surprisingly, historic sites left behind by these former conquering countries can still be found here in Keelung. These cultural remnants add to the diversity of this city by the sea and how it embraces different cultures. 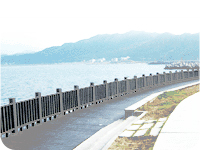 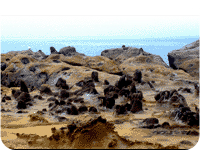 The banks of Tianliao River were once farmlands. Through the opening of canal and all-around reconstruction in the Japanese Colonial Period, they have become cultural and educational areas. In particular, the northeast side was hilly land and now a lot of houses have been built there. Since Peide Road and Shenaokeng Road are widened, developers have proposed a lot of construction projects, making this area connected to the development of Xingfeng Street in Zhongzheng District. 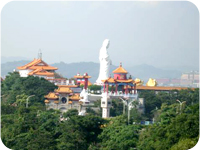 This district is situated in the essential area of Keelung City, with prosperous commerce and dense population. It is a traditional industrial and commercial district. Besides the Miaokou Food Street that is famous in the province, the Keelung Mid-summer Ghost Festival also has a long history. The celebration activities last for one month from the opening ceremony in Laodagong Temple on the first day of July in Chinese traditional calendar to the closing ceremony on the first day of August. The activities not only have the function of building the collective consciousness of the community, but also are sublimed as human cultural activities suiting both refined and popular tastes and have become characteristic folk arts of the local area. 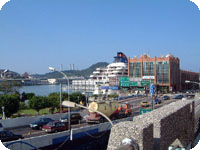 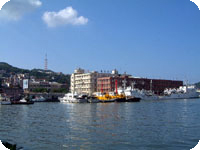 This district is seated in the northwest of Keelung City, and there are docks along the harbor. It provided convenient traffic conditions, and most harbor facilities are built here. The Waimushan Fishing Port has abundant fishery products and fishing is popular there. It is also a good place for overlooking the seascape. This district has considerable tourism resources. 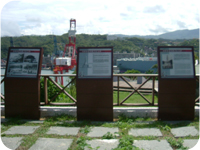 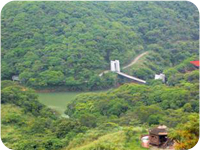 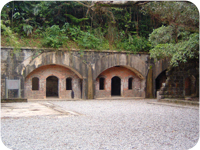 Most of the residents have living in this district for several generations, and the population has increased to some degree in recent years. The employers of city government and their families in the dormitories on Guogang Road once predominated in the local population. Recently, thanks to the re-plotting of urban land and the construction of highway interchange, Wanruei Expressway, various public facilities and high buildings, a lot of people have migrated into this district. Houses being built are seen everywhere. It is believed that this district will become the residential area with the most beautiful landscape in the city soon. 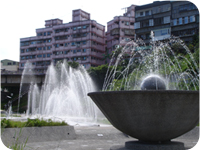 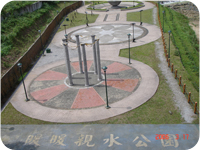 As to the geographic environment of this district, hilly land accounts for 80% and plain land 20%. With an area of 56.2659km2, 42.78% of the territory of Keelung City, this district is the biggest administrative region in the city. It is surrounded by green mountains and beautiful landscapes, and filled with rurality. Keelung River runs from the northeast to the southwest, and meets Shicuokeng, Caolan, Maling, and Yourui Rivers. Mountains prevail in the entire district, and there is some plain area in the Bei-Wu-Du zone in the southwest corner only. 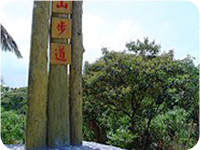 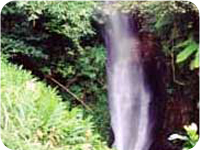